Two-three months ago, my school had sent a note to all students. It was about a competition organized by Scholastic India which involved story-writing. Basically, it meant that school children across the country were given a chance to hand in an original story written by them on any of the topics given below:

1. A BIZARRE DREAM
2. IF GOD CAME DOWN TO EARTH

I knew, of course, that there must be more talented children my age who loved writing who were far better then me. But I still gave my best shot. I chose the first topic, A Bizarre Dream. All my classmates expected me to turn a story in anyways, because every one knows about my special writing hobby. I can assure that they were right! 😀 Now I’ll share my story with you guys… whether I win the prize or not. I hope you like it. Here goes….
THE BIZARRE DREAM

I lay on my bed staring at the night sky. The peaceful stars ushered me to the world of sleep. I felt myself dissolving….going….down, down, down….. 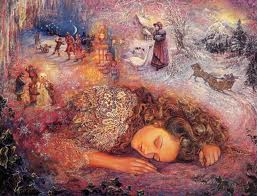 9 thoughts on “The Bizarre Dream”